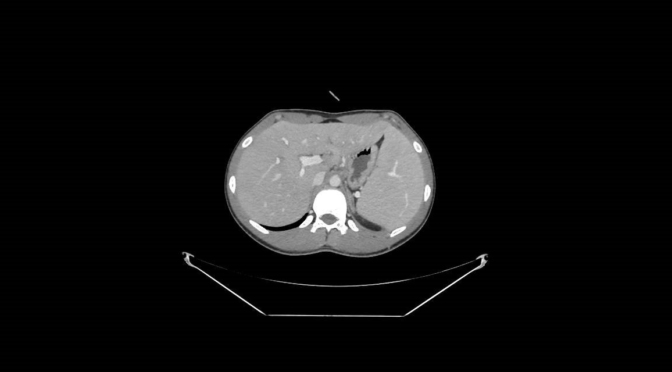 In this Section we present real clinical cases, trying to disentangle the way of thinking of the people implicated, doctors and patients 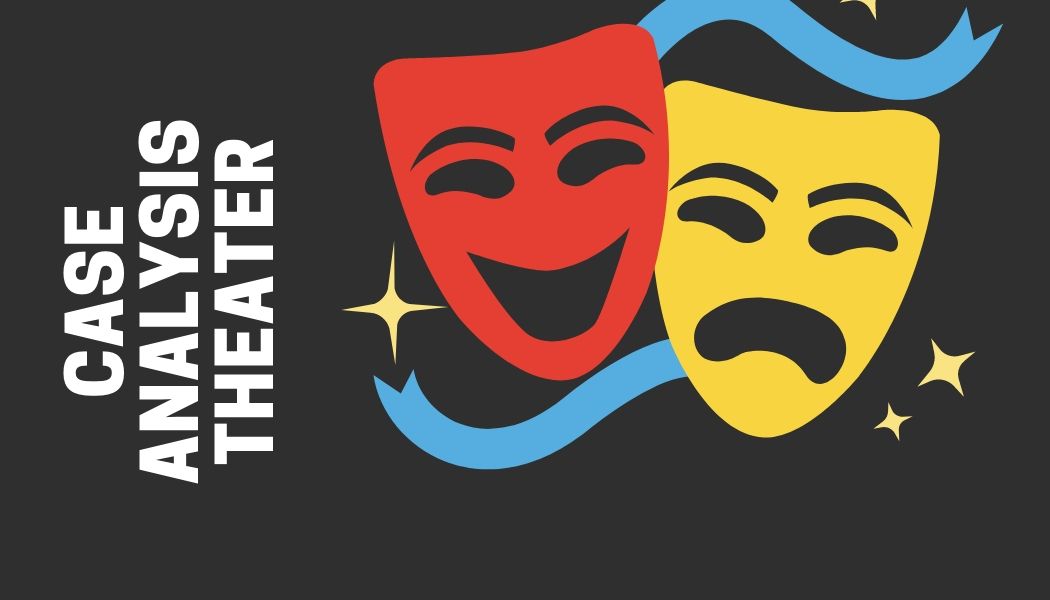 A 22-year-old male went to the hospital after starting with a mild fever, sore throat, asthenia and coluria. He was healthy and he had no toxic habits. He occasionaly had been taking anabolics to increase his muscle mass.

Physical exam: The patient was alert and orientated, without  jaundice. Lymphadenopathy around 1.5-2 centimetres were  scattered distributed around the neck, axillae, inguinal areas. The lung and heart sounds were normal. The abdominal examination showed a mild increase in the size of the liver.

Blood and urinary cultures were negative. An indirect Coombs test was also positive. A urine stick test showed the presence of protein.

The CT showed a moderate increase in the size of the liver and the spleen, but without  neoplastic infiltration. 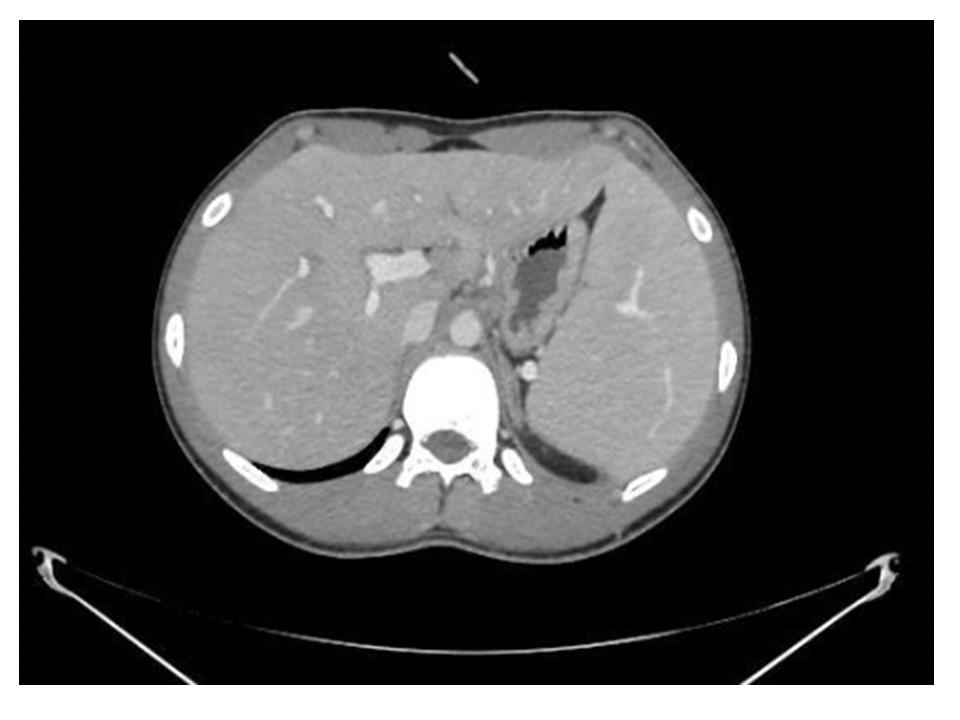 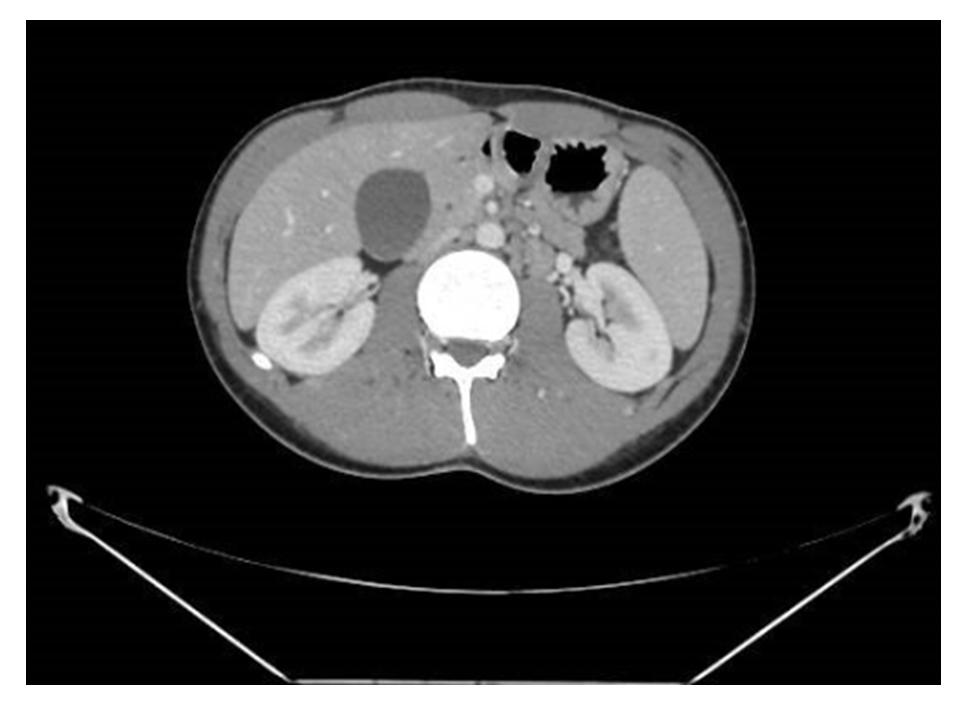 “I believe  this young man has a viral infection, because the clinical picture started almost a few days ago, with fever and lymphadenopathy. I am not thinking in a bacteria because the fever has been decreasing every day and the blood cultures are not positive. In my opinion, he has also an hemolytic anemia, because the reduction in the Haptoglobin level and the positive Coombs test.

I am going to ask for a complete determination of antibodies against unusual bacteria and common viruses, such as cytomegalovirus and  Epstein- Barr, but I would like also to take a biopsy of a lymph node to discard a lymphoma”.

“I am really confused, because the doctor told me that probably I am having an infection, but everything seems to be okay. She also wants to ask for a sample of my nodes, because she wanted to be sure that this is not a lymphoma. An infection or a cancer? I don’t understand. I thought that medicine was more developed”.

Blood cultures were negative for bacteria. Antibodies against HIV , hepatitis A, hepatitis C, hepatitis B and Parvovirus, were negative. The antibody against HBs was positive. The doctor asked also for a determination of antibodies against cytomegalovirus and  Epstein-Barr virus, Leishmania, Coxiella, Rickettsia, but the sample was not correctly extracted , and it was necessary to collect a second one sample. A Polymerase Chain Reaction (PCR) for cytomegalovirus and Epstein-Barr virus was also requested.

Waiting for the result of the blood tests appeared the pathology report of the inguinal node, with the following result:  T-cell anaplastic lymphoma, with a high index of replication (Ki 67: 80%).

Once this diagnosis was received, the patient was transferred to the Medical Oncology Service for treatment. The oncologist saw that the result of the blood test for cytomegalovirus and Epstein-Barr was not available yet. He also noticed that the general status of the patient was improving without treatment and without steroids. The analytical values (liver enzymes) were also improved and no fever was present.  Anyway, the patient started with hydration and intravenous bicarbonate previous to chemotherapy.

At this moment a new request about the diagnosis was made to the pathologist, who saw no signs of clonality in the sample, something against the diagnosis of lymphoma. Almost at the same time, the PCR for Epstein-Barr virus was positive in the sample. A Positron- emission tomography was normal. Bone marrow was also normal.

The differential diagnosis between Epstein-Barr (EB)infection and lymphoma can be difficult at the clinical and pathological level. It is well known that EB virus is aetiologically linked to several lymphomas, predominantly in persons with a low level of T-cell immunity, like the recipients of a transplant or HIV-positive patients. Burkitt lymphoma, a very aggressive lymphoma, is the paradigm of this aetiological relation. There are many other situations where the EB virus genome can be present after a diagnosis of a malignant lymphoma, but its role as an aetiologically agent is not clear.

Malignant lymphomas are usually “clonal” in origin, but in this clinical case the PCR test could not detect the presence of a single clone as the origin of the B-cell proliferation, and this, together with the finding of EB virus genome inside the lymph node, makes the conclusion of a final diagnosis of EB virus infection.

The final diagnosis was definitely obtained, but the uncertainty for the patient and family was very disturbing. I would like to make some considerations concerning to this case

The Internist was correct in her differential, exposing the possibility of and infectious disease, probably a virus, and a lymphoma.

Data Gathering:  not enough information was recovered from the first attention in the Emergency Department, in relation to the possibility of an infectious mononucleosis. Monosticon test information was not available.

Search Satisfacing: once the pathology report was obtained the clinical judgment stop, although the patient was improving without a treatment.

Organization: There was not an automatic call to obtain a second sample after a first one not suitable for diagnosis. The doctor could make a wrong interpretation, assuming a negative result when the problem was a bad sample.

Confirmation bias: the pathologist assumed the information coming from the clinician about a young patient with fever and lymphadenopathy, a clinical picture associated with a lymphoma. The pathologist was under pressure to make a final diagnosis.

Different measures could be implemented , but I will expose here some ideas, that I am sure, can be completed in a wider vision.

. A pathology report should not be final until all necessary laboratory tests have been performed.

. An automatic alert signal must be implemented in the case of a technical problem with any diagnostic procedure.

Clinical case: non-productive cough at bedtime, disappears upon rising
Low-molecular-weight-heparin : it is not so easy as you could think
The red color. Chapter 2
A system problem: where was the failure?
A Descriptive Explanation Of The Problem Is Also a Diagnosis. Helping to Close The Circle