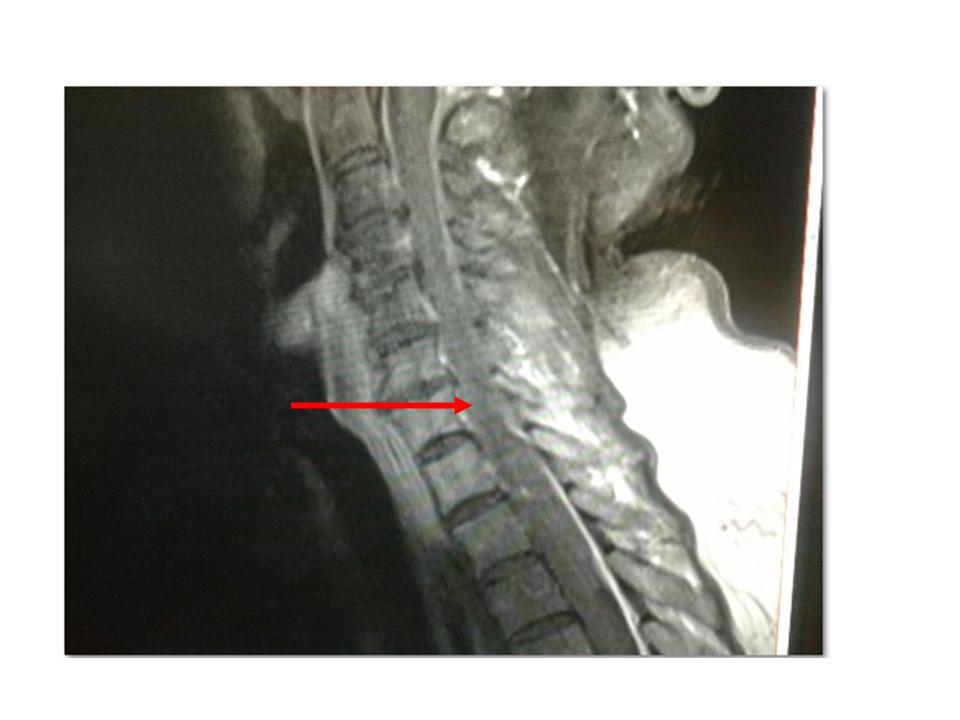 A 71-year-old woman went to the hospital with pain in her right abdomen, fever and chills, and a yellowish watery diarrhea. He had no vomiting or other symptoms. The patient had had an upper digestive haemorrhage 25 years ago. The patient was diabetic type II. The initial  diagnosis was gastroenteritis with radiological signs of transverse and left colitis

On the third day after admission, the patient began to report restlessness and pain in the right scapular area, right breast that increased on palpation and on the right leg. She was alert and without other neurological disorders. On the following day the patient persisted with lower abdominal pain. The physical examination showed a paresis of the right  limb 3/5 , and less ability to feel the vibration.

A nuclear magnetic resonance was performed which showed a right posterolateral extraaxial lesion that caused compression of the medullary cord,limited to the thoracic segments T1 to T3.

REAL CLINICAL SCENARIO: The patient’s symptoms appeared during a weekend where no neurologist was present. The clinical experience with the patient has been described by the attending physicians as “an inability to find an anatomical or physiological explanation of the patient’s symptoms,” and of course the feeling that it was unrelated to the initial abdominal condition. After several hours trying to figure out about the problem, the mental attitude was to consider  anxiety as an explanation, although her daughter assured that the patient was not an easy complaint. The next morning, a symptom doesn´t present previously, the paresis of the right leg, allowed to follow a final diagnostic path with the help of the neurologist.

ANALYSIS: Several problems such as  the low prevalence of this process, its various etiologies and the difficulty in organizing an initial pathophysiological or anatomical reasoning were acting together. 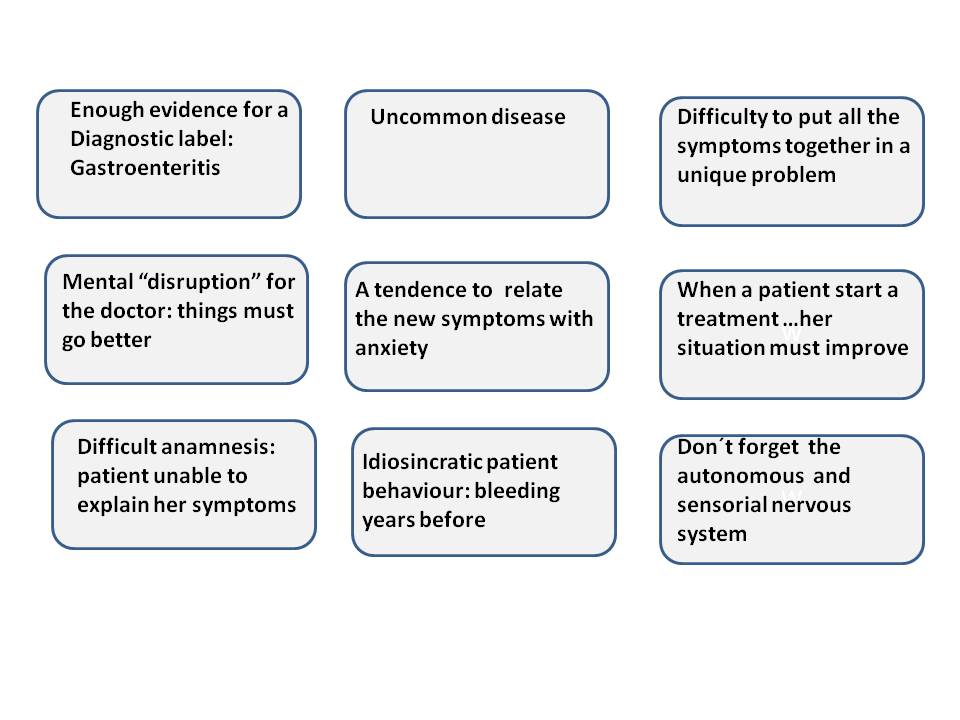 Always think that the patient and the family are right

Be methodical searching for new clues.

The clinical case must be reconsidered after obtaining new data.

The Young Doctors Reasoning and the Chinese Pharmacy
The New Diagnostic Challenge with Cancer Immunotherapy
From Clinical Reasoning to a Differential Diagnosis
How do you go to here until there? A logical process
Fluid on one side of the nose: is it cerebro-spinal fluid?