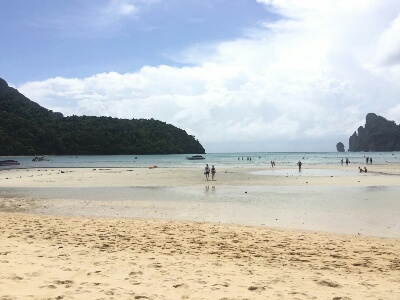 A 65-year-old man with a previous diagnosis of disseminated neoplasia began to notice an acute pain in the left hemithorax at his home, without fever or trauma. This is the story of his evolution during his care in a hospital.

On arrival at the emergency room, a family member noted that his right leg was enlarged and she point this to the doctor. During the anamnesis the doctor focused on the pain on the left side of the chest. The blood test was normal and no data about myocardial infarction was observed on the ECG. Since the clinical condition of the patient deteriorates, he was transferred to the observation area, without a specific diagnosis.

Recognizing that the patient was in a fragile condition is an important step in the path to achieve expertise. Some subtle changes such as pain, facial expression or general condition, can increase the level of alert. However, a presumptive differential diagnosis must be performed under all conditions.

In the observational area, it was verified that the hematological values, the renal and hepatic function were normal, as well as the chest X-ray. Creatinine kinase was normal, and troponin was slightly elevated ,but normalized later.
The presumptive diagnosis ,there was “acute coronary syndrome without ST changes”, and consultation with a cardiologist was requested. No more extensive differential diagnosis was performed. The cardiologist assessed the patient and the complementary data without finding a cardiac pathology, writing his diagnosis as  “thoracic pain, of non –cardiac origin”, indicating in the plan that the patient  could be discharged from a cardiological point of view.

Physicians in the emergency area used the “worst case scenario” mental strategy, considering discarding a myocardial infarction as a more serious condition. That is why they discharged the patient after a MI was ruled-out.

Once at home the patient suffered a syncope and he had to go back to the emergency room. After physical examination an asymmetry of the calves was observed, suggesting a deep venous thrombosis. An CAT scan showed the presence of a pulmonary embolism.

The choice to work at the Emergency Department with the “worst case scenario rule” is in favour of patient safety,  but should include all possibilities, as in this case with thoracic pain: Myocardial Infarction, pulmonary embolism, dissection aortic, pneumothorax, pericarditis. The differential diagnosis should always be made, even in the most busy emergency unit. When a specialist decides that there are no pathological problems derived from his/her specialty, he/she should explain the situation clearly. Easy determinations such as the level of oxygen saturation in the blood can help to discriminate between important entities. In short, there was a “confirmation bias”, which attempted to confirm the initial hypothesis without a definitive argument.

Warning: Retrospective case analysis does not reproduce the conditions at the time it occurred. The interpretation and analysis of the problem is under author view. These cases only intend to improve the clinical practice without other considerations. The cases are real,but adapted to preserve confidentiality.

Skeletal abnormalities in newborn: a question of detail
Endometriosis: a dark and silent diagnosis
More is not always better
There are only possible diagnoses for Sherlock Holmes: When illnesses are rare
Abdominal cancer and gastric bypass: think in Petersen