Do you think it could have been done better? Abdominal pain, nausea and vomiting

A 50-year-old woman without previous diseases went to the Emergency Department (ED) because in the last week she started with pain in her abdomen and vomiting after eating. She was a heavy smoker with two episodes of right ureteral lithiasis four years ago.

She had four consultations for the same problem, the first one with her General Practitioner and the rest in the Emergency Department (ED), all of them in a period of one month and a half.

The patient   (after the definitive diagnosis)

“I was feeling pain and I couldn´t eat, I was not hungry, but  the worst thing for me was the desperation because no one paid a proper medical attention to me. I had to go to a private doctor and he did an abdominal ultrasound and he made the diagnosis”.  Blood tests and kidney function were normal. The first doctor advised me to follow a soft diet. In the other three visits to the  ED , just one doctor spoke to me about my diagnosis: Epygastralgia,

How the diagnosis was made?

A private doctor decided to practice an abdominal ultrasound and he detected an abdominal lump and gastric dilatation.  An endoscopy allowed to obtain a gastric biopsy.

In summary,  we have a previous healthy woman with a short period of clinical symptoms (around two months), some of them shared with several clinical entities. We need to answer to some questions before the analysis; 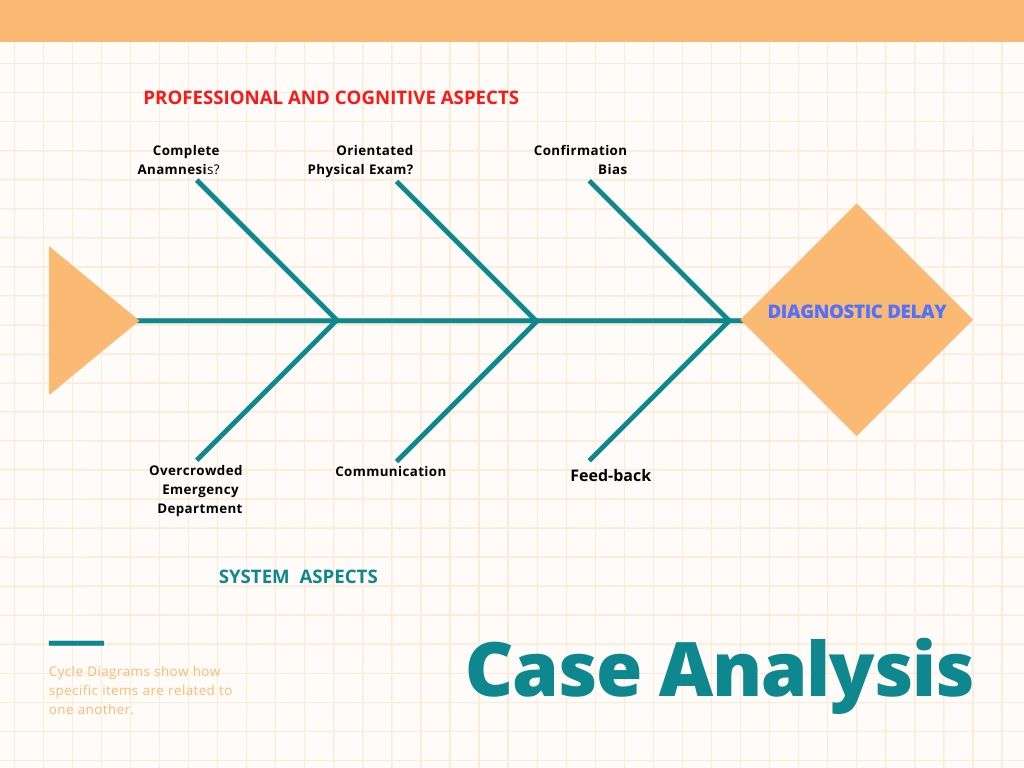 If we could select one cognitive bias in the whole chain of clinical reasoning, we could say that every doctor was in a situation of “confirmation bias”, trying to confirm their thoughts that a young person without the “cachexia syndrome” can, t have a cancer.

There was not a “safety net” organized for the patient, to do a follow-up to know the clinical evolution, and there was also a lack of effective communication between physicians.

Case analysis: pain in the ankle
Case Analysis Theater
A silent enemy that you have to look for. Without symptoms there is no diagnosis
Inferior Caval Vena Thrombosis: Diagnostic Reasoning
Low-molecular-weight-heparin : it is not so easy as you could think