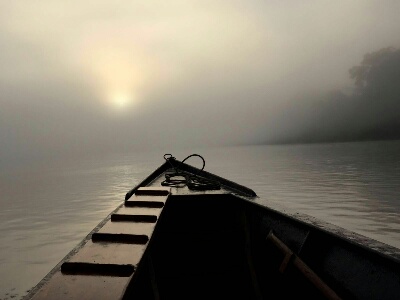 The publication by Caparica and cols. in the Journal of Global Oncology (Volume 2, Issue 3, June 2016) help to clarify  a challenging situation in Medical Oncology. When in the  follow-up of a cancer patient some new pulmonary lesions are detected is mandatory to know if they are associated with the tumor or not.

They have found that in more than 70% of cases a primary lung tumor was detected, followed by a pneumonia in almost 12% of cases and mycobacterial infections in 4.8% of cases.

Introduction The differential diagnosis of pulmonary nodules (PNs) includes metastases, lung cancers,infectious diseases, and scar tissue, among others. Because data regarding whether and when to perform aPN biopsy in patients with cancer are scarce, clinicians tend to assume that PNs are metastatic disease based solely on imaging. The current study evaluated the findings of PN biopsies in a population of patients with cancer and sought to determine the variables that correlated with higher odds of metastatic disease.

Patients and Methods :We conducted a retrospective, single-institution study that included consecutive patients with nonpulmonary solid malignancies who underwent PN biopsy from January 2011 to December 2013. Imaging and clinical variables were analyzed by logistic regression to determine the correlation between such variables and the odds of metastatic disease. Patients with previously known metastatic disease or primary hematologic malignancies were excluded.
Results: Two hundred twenty-eight patients were included in the study. Metastatic disease was found in 146 patients (64%),60patients (26.3%)were diagnosed with a second primary lung tumor,and22patients (9.6%) had no cancer on biopsy. On multivariate analysis, the presence of multiple PNs (> 5 mm) and cavitation/necrosis were the only variables associated with higher odds (P<.05) of metastatic disease.Weregistered six (2.6%) procedure complications demanding active interventions, and no procedure-related death occurred.
Conclusion: Multiple PNs (> 5 mm) and cavitation were the two characteristics associated with the highest chances of metastatic disease. Our findings demonstrate that PNs should not be assumed to be metastases without performing a biopsy. This assumption may lead to high rates of misdiagnosis. Tissue sampling is fundamental for accurately diagnosing patients with cancer.
J Glob Oncol 2. © 2016 by American Society of Clinical Oncology Licensed under the Creative Commons Attribution 4.0 License