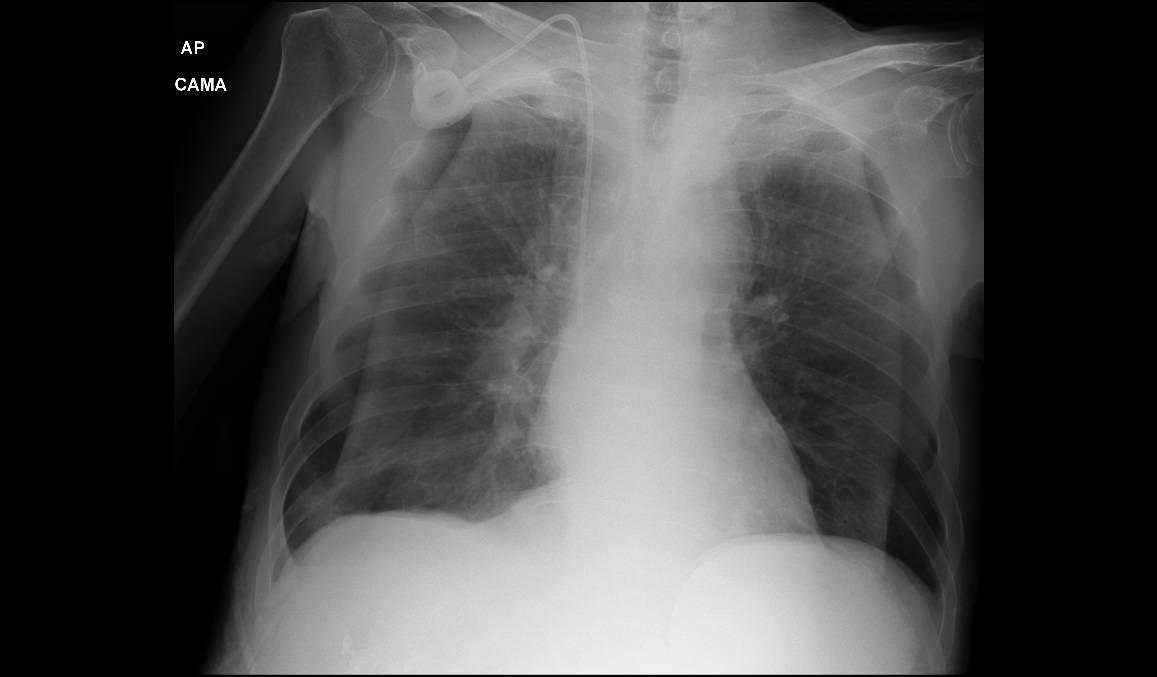 A tube to maintain nutrition  was inserted in a patient whith a diagnosis of esophageal cancer. In the next morning the patient started with a strong pain in his chest,cough with mucus.No fever. A plain thoracic x-ray was obtained and some abnormal findings were present.

CLINICAL EVOLUTION: The image suggested a bilateral pneumothorax and  a first radiologist wrote this diagnosis. The Oncologist asked for the insertion of a pleural tube but he was uncomfortable with the decision because the pulmonary physical examination was normal.

A second lecture for another radiologist gives the solution, they were images associated with skin folded in the back, something relatively frequent in older people or persons with an important loss of body mass.

COGNITIVE ANALYSIS: The first radiologist has a bias, a representation bias, because he associates the linear images with pleura more than skin.

1.When an uncommon sign appears in a radiological test is important to do a second lecture for another radiologist.

2.The communication between the clinician and the radiologist is basic to increase the quality of the information

One thought on “A linear image. A clinical case analysis”